Some games are just too damn hard.  You end up spending your life feeling sad that you bought them.  Sometimes that difficulty-curve is exactly why the game exists, and the developers are proud of that.  DiRT Rally is one of those games that is just too damn hard for the casual gaming crowd.  DiRT Rally is so hard, it even includes a warning that it is designed to be very hard.

It’s well known that CodeMasters wanted to produce a game where the vehicle mechanics “felt real.” They even went so far as to hire professional racing drivers to help them play-test the dynamics of the game.  And, here is the thing – I’ve driven an original Mini Cooper way too fast on a dirt track, so I can tell you that with a decent steering wheel, the cars in DiRT “feel right”.

That’s exact reason I didn’t buy DiRT Rally when it was launched: it was aimed at the Sim-driving crowd.  It was what they wanted – an ultra realistic, beautiful looking, difficult game that would reward their constant practice by shaving hundredths off their stage PB. (Don’t worry if you don’t understand that sentence – the kind of people who enjoy playing DiRT Rally will understand it perfectly).  And, I’m soooooo very much not one of those guys.

But, I take my work for IGT very seriously – so yesterday I went and bought a copy of DiRT Rally and the downloadable DLC that enables VR.  That’s right – I spent AU$47 on a game I don’t want to play to tell you what I think about it.  Then I spent another AU$19.45 on DLC to support a VR platform I’m in love with.

I started off playing a few rounds of normal DiRT Rally while the DLC pack downloaded using a normal PS4 dual-shock controller – it played exactly as I remembered: jaw-dropping environments with gameplay that was way too hard for the average gamer, but just about right for a sim junky.  I dusted off my Logitech steering wheel, set it up and sat down, tried again, and suddenly I could drive the way I chose not to in real-life.

And, as I was there, driving in a way that would literally kill me, murder others, or send me to jail for years, I finally got it: I could see why you sim-lovers love this stuff.  Playing the game felt awesome – my lack of talent was on display for the world to see in these beautifully stylized replays.  But I was still just playing a video game.  A good video game that had earned my respect, but still a video game to be sure.

Then I fired up the PSVR helmet.

Suddenly I was there – in the car.  The immersion in this game is somehow deeper than DriveClub VR – this game simply feels more real.  I don’t know if it was the PlayStation Pro’s extra power or the intense modelling of the car physics – but whatever it was it felt right.

One of the more interesting choices CodeMasters made was to have your vision “tunnel” towards blackout if you’re involved in a serious accident.  I have been in serious car accidents and it does indeed feel like that (ignoring the almost immediate pain that follows that sensation, of course), and, what’s really clever about using this effect is that I didn’t feel any VR sickness at all.

In my debut IGT editorial, I outlined rules for developers in VR.  I said many many many things, and what’s interesting is that DiRT Rally is a really great example of many of those principles in practice. I can say, without a word of a lie, that DiRT Rally delivers on the promise of VR: it takes the player out of their every day drudgery and makes them a rally car driver.  The game transports you somewhere else (Editor’s Note: James was punished with an hour of Eagle Flight for that pun. Additional Note: Now he keeps cawing in response to editorial feedback…).

If you want to replace your every day frustrations with the every frustrations of a rally driver, buy this game immediately.  DiRT Rally is available in the PlayStation Store as a bundle with it’s VR Add-on, or if you already own the DiRT Rally, you can buy the add-on separately. 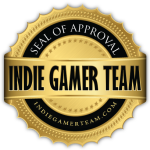 The DLC VR Add-On is available from the PlayStation Store for $12.99 – or you can get the VR add-on bundled with the base game right now for $43.99 US ($69.99 when not on sale).  If you’re into ultra-realistic driving sims, have a PSVR you should race to buy this immediately. (Editor’s Note: James…)

Note: The Steam version of DiRT Rally includes VR in the price tag, but only officially supports Oculus rift at this time.

A review copy of DiRT Rally and DiRT Rally VR DLC was purchased by James Newburrie for review – the base game cost AU$47, the DLC cost AU$19.45.

James Newburrie is old enough to remember when playing video games involved hassling his parents for change and a lift to the arcade. He has owned consoles from every generation (when they were new), and his pile of shame (see: Backlog) is taller than him, and may possibly have grown sentient. He still isn’t sure about the analogue control stick.  These days, he is only really interested in VR games as they are the only reliable escape from his dull, comfortably middle-class corporate life.  James blogs at difficultnerd.com

One thought on “DiRT Rally (VR)”