So what’s the deal with Steam Trading Cards?

Steam Trading Cards are becoming everything wrong with Steam and Valve as a whole these days.

Oh, you were serious? Since launching in 2005, Valve, Steam’s development company, have been making a lot of changes to try encouraging their community to interact with each other, all while spending more money.  Steam’s trading card system is the accumulation of these attempts to create a community-driven storefront for games. Basically the trading card system is a meta-game people engage in to fill their wallets, up their ego, or sometimes to support their favorite developers. 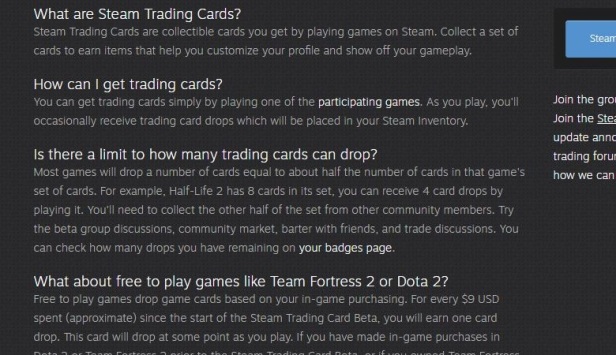 The premise of the system is fairly straightforward – There are thousands of games on Steam, and many of them support trading cards. Each one that does comes with a set of digital/imaginary cards that might unlock for the player while that game is being played. The goal is to complete sets of these cards to unlock a badge on their account’s profile page, visible for all to see and appreciate.

Players can’t just immediately unlock badges after playing their game. Each account can only receive roughly half the number of cards for each game’s badge requirement, leading us to the community market to find the rest. Participants intending to craft a badge can buy the rest of their set from other players, usually for about ten cents per card.

So I can sell my extra cards to other players for Steam credit? Sounds great!

It does, doesn’t it? Steam implemented this system with the pitch that gamers could wear badges of support on their profiles for their favorite developers. While I don’t have specific numbers, I imagine that’s how most Steam users interact with trading cards. It really is a great idea – developers and Valve both get a cut of whatever you sell your cards for. Some people can have a fun economic activity that doesn’t involve internet spaceships, and people have a small source of Steam credit to buy games. 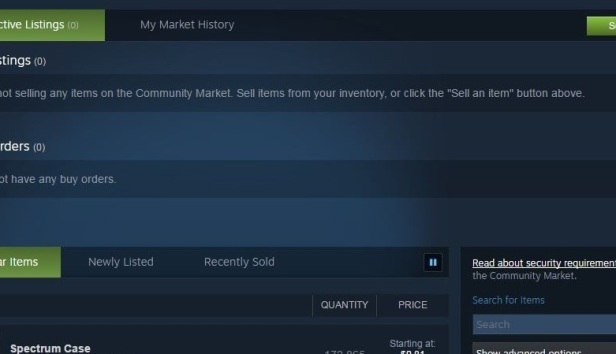 But why do people want so many badges?

After crafting a badge for a game, the player will unlock an emoticon that can be used in Steam chats and forums, a background for their profile page, a game coupon, and one hundred experience points. Earning experience points will level a player up, and after ten levels new content can be displayed on their profiles. People who have invested in the trading card scene will often use their upgraded Steam pages as portfolios for their trading activities, by linking to sites like SteamRep and SteamTrades. Some people are so deep into the trading card world their badge levels are in triple digits.

How do people get to that point?

Have you noticed all those bundle sites that sell half a dozen games for like, a dollar? People will buy those cheap games and farm the trading cards from them. They’ll do this using Steam farming tools like Steam Achievement Manager, or most popular, Archi’s Steam Farm. The latter actually allows players to plug their Steam account into a program that will trick Valve into thinking the eligible games are running in order to unlock cards.

Steam has frankly spent a strange amount of energy on how they limit the usage of these sorts of tools. We can obviously assume that Valve wants us to be spending money on trading cards – they do get their cut after all. Things get tricky once players start farming on secondary accounts created specifically for farming though. With limits on how many trades you can make, especially in the first few months of your account’s creation, it seems like Valve doesn’t want players to be buying extra copies of games just to farm them. 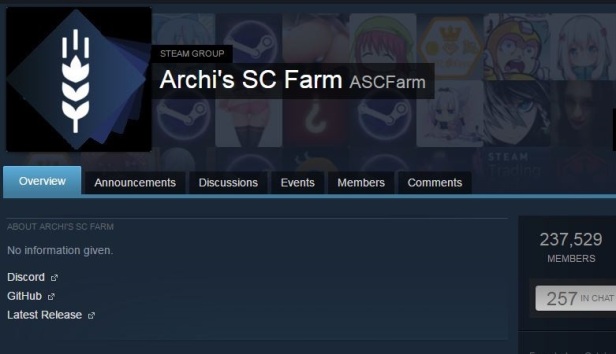 Though to be fair, this may be partly because of their efforts to stop scammers who take advantage of the lucrative loot drops in games like Counter Strike Global Offensive and Dota 2. One thing Valve has made clear is that farming games that use their anti cheat system VAC, will earn you negative marks on your VAC account.

It sounds like trading cards are a niche community that’s only effect is profit to developers and Valve. So what’s the problem?

The trading card system does look great on paper. But as you give people a means of profit, you also give them motive to cheat and scam the system. Valve recently published a statement, claiming that a growing number of developers were releasing raw or unfinished games with trading card support, in effort to farm and profit from these half-games and the trading card community. This is done through a series of sketchy business practices that really epitomize what sort of place Steam has become.

For example, a publisher of these fake games might promise keys for their games to people in exchange for a vote on Steam’s Greenlight game submission platform. The publisher will put their cheaply made game on Steam with trading card support with literally no attempts to sell the game. Then they will put the game in a game bundle for a crazy cheap price with a dozen other games. People interested in making a small amount of easy Steam credit will subsequently farm those games and sell them to people who want to craft them into badges, or convert them to gems that can be used to craft specific cards. The gems can be sold, of course, so there’s a decent profit to be made all around from the fake publisher.

In the recent blog post Valve made on the trading card situation, Valve also accused these kinda-publishers of making hundreds of accounts and farming their own cards for themselves. This is, of course, entirely possible with how lightweight ASF is. Valve announced plans to implement a system that will help stop these scammers, by adding a system that will decide if a game is popular enough to be eligible for trading cards, despite a developer adding support for the now common function. This is problematic for a number of reasons.

It seems Valve want to do the minimal amount of work possible on Steam, always encouraging their users to create content. This is understandable given the massive growth the storefront has undergone since its launch in 2004. However,I doubt anyone will be happy with this solution. People have been criticizing Steam for allowing too many games to be on Steam, or that it’s too restrictive to small or newer game developers. This decision fails to appease either side, seemingly saying both “We don’t care what you add to the store,” and “You need to be successful before you can be successful,” all while screwing over indie games with small player bases.

The reasoning for Valve’s announcement makes some sense; these card farmers must certainly affect the metric for if a game’s popular. If forty-eight of fifty people playing Bad Rats are letting it run idle for trading cards, it must be hard to figure out if it’s recommendable to players. Valve needs to figure out an alternate solution to this issue, or at least communicate with their community on ways to solve it. 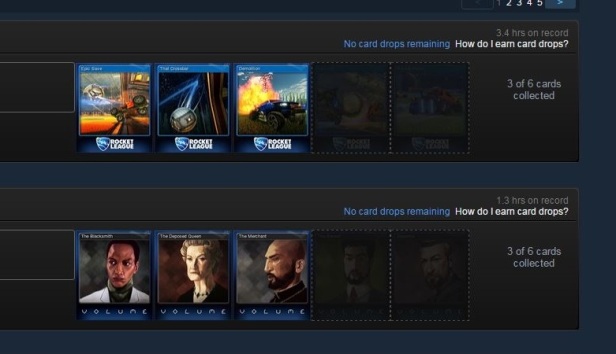 It really would be a bummer if this weird and obsessive and cool community of trading card people was to fracture because less popular game developers had no incentive to even add support for the feature.

Sam Adonis is passionate about a number of things, including MMO’s, Theodore Roosevelt, indie games and disability advocacy. You can find him on Twitter at IndieSamAdonis

One thought on “What’s the Deal With Steam Trading Cards?”