Warning: If swearing upsets you, you’ve come to the wrong place.

I’ve been waiting for Tormentor X Punisher for months now and since the last game I wanted to write about was too disappointing for me to even finish the article this is how you’re all going to get introduced to me.

Hi, I’m Marc. I’m a composer, sound designer, and game designer and REAL FUCKIN HYPE  because I just murdered a bunch of demons. Before I get any further, one of the devs of this fucking mayhem train is a friend of mine but that doesn’t affect my critique. Anyway, where were we? Oh right, murdering demons!

I’m a person of extremes with the games I like, so I either like a long time investment or I want to get in, get out and not give a shit about anything. With that said, Tormentor X Punisher is an open world action-adventure RPG full of- Nah, I’m just fucking with you. 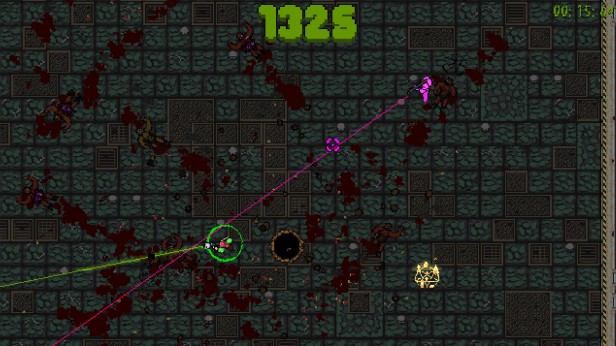 Tormentor X Punisher is an intense arcade style game of arena survival and demon murder. You start out in the intro video as a character looking like you just found out via email someone punched your grandma in the face, and are waiting for the photographic evidence to load when you hear the magic words: Demons. Without hesitation, you realize Nana can sort out her own problems because THERE ARE DEMONS TO KILL and immediately shoot off.

The entire game is centered in one mayhem-filled arena where demons spawn non-stop and chase you around like it’s free ice cream day and you’ve stolen the last ice cream sandwich. From that point on you have three things to do:

It’s a simple concept, but it gets real intense real fast. From shield demons, to gun wielding demons, to the bosses that all have different design everything is in place to have an adrenaline fueled good time. All the while, demon bosses are changing the terrain and all of your demon murdering changes the look of the level as you play it.

While playing it right before writing this atrocity of grammatical errors (that I will have to soon fix) I was enthralled. The game is ridiculous, it’s hilariously violent, and demands only the time that you feel like putting into it. For someone with a tight schedule, this is exactly the kind of de-stressing game I wanted to replace my crippling Binding of Isaac addiction. This, however, does not come without a few criticisms.

First off, I dislike that the game is centered around high score but there’s no means to share it. If this is made for bragging then make bragging easy. Oddly enough, even screen capture picked up nothing which is super lame. Secondly, FUCK THE CARRION BOSS. Seriously, it’s probably me being bad at it (Edit: It was me being bad at it) but I have no idea how to beat it and every time it spawned I was on my knees waiting to die like I was one of the cast of The Walking Dead and Negan came to visit for a friendly game of baseball. Thirdly, I think the screen shake is a bit out of hand. That may be something I need to get used to but there were points where I needed to take a break because my head was hurting from the motion, which kind of sucks.

Other than those things I have had an amazing time with this game and cannot wait to keep playing. I strongly recommend it if my insane description fits the kind of thing you enjoy (also we should definitely be friends if that’s the case)

So there you have it. It’s a super fun game that turns shit up to eleven and lets you got wild on some demons for a bit and hopefully, beat out some nerds for a high score slot. I loved it. I hope you love it. Either way, I leave you with this, the game trailer welcoming you to planet Fuck You.

Tormentor X Punisher was developed by Joonas Turner, Beau Blyth, Tuuka Stefanson, Jon Vermilyea, and with the main character being voiced by Chisaleya

It is available on:  Steam | Humble | Green Man Gaming

It is currently on sale for $6.66 and that is just too perfect to not buy. I purchased my copy of this game to do this review and it was a decision I will not regret for the rest of my eternal damnation.

I have awarded Tormentor X Punisher the Indie Gamer Team seal of approval and a second one just because. 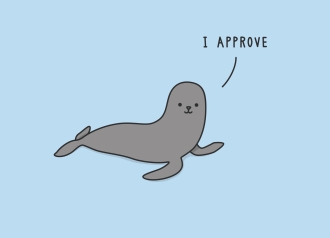