Tetra’s Escape is a puzzle semi-platformer. I call it a semi-platformer cause it’s not really a platformer. I’ll explain soon I promise. You play as a square, well a bunch of squares, many of them turn into different large Tetris blocks. They change into these blocks to allow one that doesn’t change (typically) to get to the end of the level. They can climb one block up at a time, so you have to make staircases to climb up areas. That’s why it’s a semi-platformer to me. There doesn’t seem to be a story though otherwise.

The game has 10 ‘worlds’ which seem to all be 8 levels long. Each world gives you a new thing you can do with the characters that turn into Tetris blocks. For instance first you get to change into Tetris blocks, then the next world has characters that change between different types of Tetris blocks, the next lets you rotate the boxes, etc. Allowing its difficulty to rise continuously; it seems like a children’s game but it has already stumped me numerous times and I haven’t even managed to get halfway through it yet. The start of each world has two or three levels that are pretty easy to complete, then they get harder making you use everything you’ve learned to get through them, and they get HARD very FAST.

It’s really bright and colorful, it’s happy sounding. It feels like it should be a children’s game, but it’s so goddamn hard. This is like old style kids games that use to each up quarters at arcades. I’m good at and love puzzles and some of these just get really hard. Granted that’s because there’s 3 stars and a cup you can collect in the level, and you have to collect all of them in a single go to get credit for them which is what I’m doing with every level. Beating most of the levels in and of itself isn’t very hard usually, but getting all those stars and the cup is difficult as hell.

I’d love to have more to say about the game, but… honestly there’s not much to say, basically it boils down to using Tetris blocks to made a path from a character to the level’s end. Outside of its basic features… it’s just barely more than those basic features, the few abilities you get that make it harder and the fact that you get to choose which block out of a couple most change into. It’s a very very simple basic game and that’s its charm it doesn’t need convoluted features. Just a basic puzzle game can be very difficult if it challenges the brain in new ways and this one does that fairly well, maybe a bit too well. I’m not sure many people will finish this while collecting everything without a walkthrough. 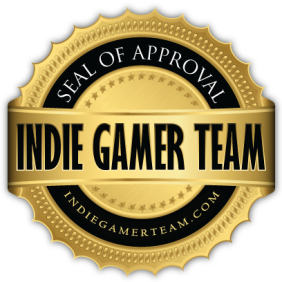 A review copy was provided by the developer Ratalaika Games.