I wanted to open this review by talking about  Gravitas being a game that focuses heavily on its core mechanics and that makes it a great accessible game that is a solid puzzler. Gravitas knows what it is, and has great universal design, until I got to the 5th chamber known as a surprise. Boy, they called that right.

The game is centered around puzzles that require you to change the flow of gravity to move yourself, and objects, around the levels. This is brilliant as, if you have low motor skills like me, you can just pull yourself/the object closer to avoid jumping. One part of game design I’ve never quite understood is: Why are non-core elements not optional? If your game is a puzzler, focus on puzzles and let players skip non-core mechanics. Often, the inaccessible bits come from nonessential minigames/side quests aren’t typically as well designed. No one ever says, “You know what I love about Fortnite? The bus you jump out of,” or “I love the portal part of Portal, but there’s not enough jumping.” If the inaccessible part isn’t acclaimed, consider removing it to open your game to a wider skilled audience.

The level, Surprise, could be easily fixed by adding one of those gravity fields to the other side of the jump to the stairs, with that, no puzzle steps would be cut, or skill lost. Aside from the defect, the game presents an immersive and witty story. One thing I really like is that the narrator follows the player around and comments if the players starts a level before he finishes talking. Little things like that really bring the environment to life, makes the game feel real to the player, and shows the dev truly values the player’s experiences.

There’s one more thing I don’t get: why is the game free? When I say free, I mean it doesn’t even have microtransactions. Some ex-EA executive must have been sent to hell and had to make a good free game to repent their sins. It’s a truly refreshing feeling to see a developer make something out of passion, without having a sales quota to hit. Believe it or not, the passion comes across in the execution and voice acting. It doesn’t feel free at all, it truly feels platinum. 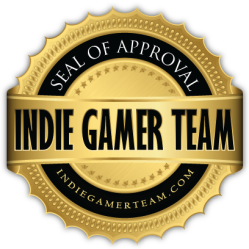 A Steam review key was provided by the developer to allow early access.