In some ways, today’s review is reminiscent of the transition from Metroid to Metroid Prime, the game transitioned from 2D to FPS, while maintaining many level design and atmospheric choices. Therefore, I’m going to hold this game to those same standards, and in that case, it compares… kidding kidding. In all seriousness, The Pit: Infinity adapts its original top-down, turn-based RPG beautifully into a survival, FPS, rogue-lite, RPG. What a mouthful. The Pit: Infinity is a challenging gauntlet of trials as you dig deeper down into the pit, which tests your ability to scavenge food, weapons, and treatment. The enemies only become stronger, and while you can quickly run through the floors without completion, doing so risks being unprepared for what lies ahead. At the same time, an inability to manage ammo, hunger, and time is highly detrimental to your run, so be cautious! It takes a little while to learn the game, as you will have to do a bit of reading to learn some of its intricacies. It’s a game that won’t hold your hand, and intends you to learn from several failed runs, learning recipes and enemy stats as you go. By the looks of it, this is a game that will get several updates over the next year(s), so I expect content to only become more expansive with new characters and weapons.

The Pit: Infinity is very minimalist when it comes to story, exploring an alien facility (please refrain from Area 51 jokes) for advanced technology and scientific wonders. Despite the fact that there are RPG elements, there is very little characterization or customization beyond optimizing level-up skill points. This upgrade system is pretty robust nonetheless, it evokes old-school tabletop RPGs. You have certain percentage chance to perform a variety of actions throughout the pit, and must level up stats such as foraging, medical expertise, and weapon expertise to increase your combat and scavenging prowess. 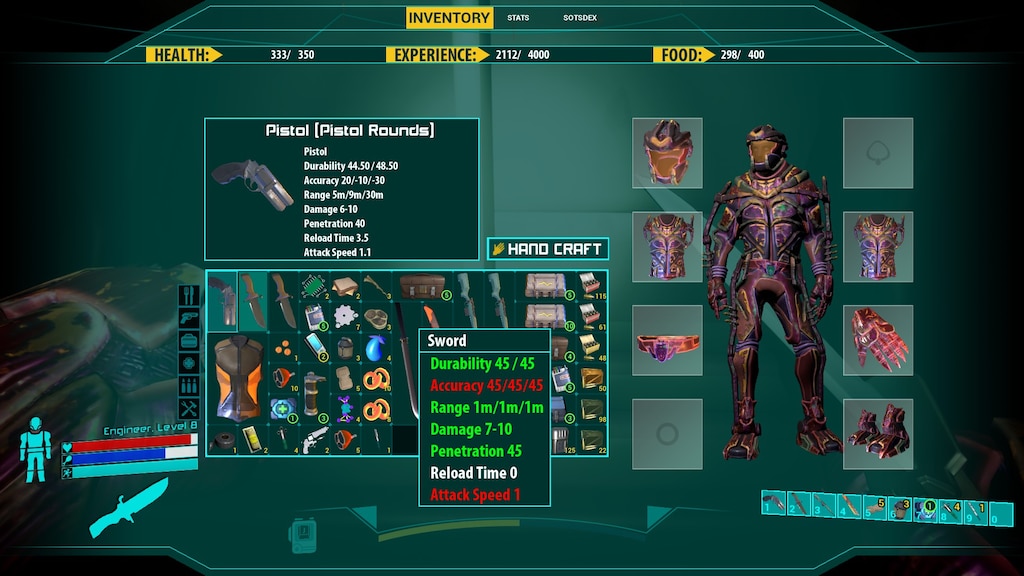 In terms of shooters, the camera and controls are pretty standard. There is an accuracy multiplier on shots that must always be accounted for, as well as damage calculations against certain enemy types. Durability is also a factor, as your weapons will dull in efficacy, and eventually break entirely if ignored. There is a crafting system that becomes more and more accessible as you complete more runs. This system was streamlined from the previous The Pit game, with ingredients being generalized into fewer subgroups. It’s fun exploring the facility and finding new machines to operate that provide areas to use what you’ve found on your expedition to better use in terms of your survival. There are times where the claustrophobic design of rooms and corridors can lead to an instant loss if you are not prepared enough and don’t have the room to outmaneuver a flurry of attacks. Fortunately, while you will lose progress, runs in this game are not very time-intensive, and it’s rare to get placed into particularly perilous situations more than periodically. 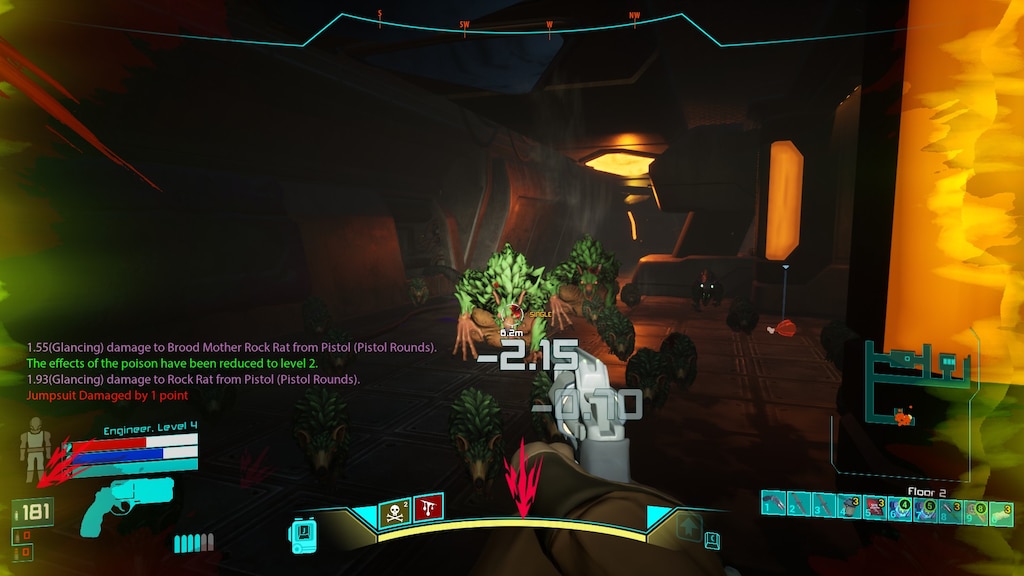 There’s not much more to be said about the game barring spoilers or secrets. I think The Pit: Infinity shows a lot of promise, and is an intriguing adaptation of the original IP. As a fan of the original game, it’s really cool seeing 3D renderings of the characters, and understanding how they attack/move gives a new appreciation for the original designs. I hope characters like the psionic will be put into the game soon, as that playstyle was always very fun to manage in the original game. I have yet to conquer the higher difficulties, so I still have a long ways to go. Funny enough, there was a clipping bug early on in my first run that left me immobile and helpless to several enemies. I was given the “haha you suck because a 10 year old can get to the 3rd floor first try and you can’t” achievement, which felt like salt in the wound, but I just view now as a funny anecdote. I’m eager to see what other interactions or secrets I might find in future runs; might be more laughs and excitement in store.

The Pit: Infinity was developed by Kerberos Productions

A Steam Copy was provided by the team.

Hellfirebam has awarded The Pit: Infinity The Indie Seal of Approval.