I reviewed the first frog-tastic Frog Detective game, aptly called The Haunted Island, a Frog Detective Game, back in January of last year. Read it here if you haven’t already. It was the first game I personally requested a review copy for, and now I get to review the sequel as well. Lucky me!

Here’s where I admit that I’m not entirely sure how to review a sequel. Do I cover the basics again? Do I focus entirely on changes or improvements? I’m just gonna go forward assuming (hoping) that you’ve read my review of the first game.

A whole new cast of quirky characters are here to meet, including Victor the rude (but only when he’s hungry) reindeer, Noddy the maybe-mayor, and Carlos the shop-keeping zebra. The dialogue is as funny as ever and got a fair few laughs out of me. It’s once again subtle and just a smidge silly, so it fit my tastes perfectly.

One major gripe I have with the sequel though is that the magnifying glass is slightly too big to be a realistic monocle. Although, I don’t think I’ve ever seen a real monocle. Do they even really exist? OK, I’ll forgive this one for now. The other issue I have is that there wasn’t enough Lobster Cop. He’s only there for maybe ten minutes of the game, and he deserved more time, actually, maybe all of the time. I would suggest pitching a Lobster Cop crime drama to Netflix so that I can learn more about the wonderful character in the future.

Sadly though, the lack of a real puzzle or gameplay persists in this sequel. By sheer chance I visited each character in the perfect order to complete the fetch-quest chain that is the “game” and came out the other side very quickly. My playthrough was seventy-one minutes in total. Granted, this is advertised as a short game, so I won’t hold it against it.

The only major addition is a notebook which you can customise to your liking with stickers. However, it did annoy me a little every time I found a pie lying about and had to sit through the animation as it was added to my inventory. Worth it for the amazing insight into Detective’s mind as he investigates.

Overall, Frog Detective 2: The Case of the Invisible Wizard is a sequel that delivers more of the same witty dialogue and delightful humour the first game did. However, I was hoping for some actual mystery-solving this time around. It was still enjoyable, but I have to admit that I was a teeny bit disappointed by the lack of innovation. At least there’s case #3 to look forward to.

Frog Detective 2: The Case of the Invisible Wizard was developed by Grace Bruxner and Thomas Bowker

$5: Extremely normal for a sequel 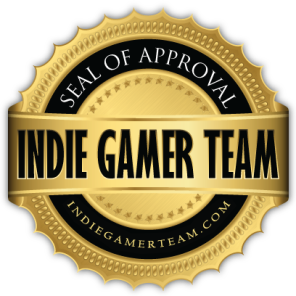 A review copy was provided by the developer

Stevie Patamon has awarded Frog Detective 2: The Case of the Invisible Wizard the Indie Gamer Team Seal of Approval