Croissants is a first person ummm… game. I honestly don’t have a genre, maybe management? No, that doesn’t work, I don’t really know. You play as an assembly robot at a pastry factory. So you pick up basic, plain croissants and you turn them into other things, like danishes and other pastries.

There are eight levels, and at first you start off with two types of pastry, plain and chocolate chip filled, and you have to simply make them and put them out in the order that they’re listed in. After that, you get time limits to do it by, more types of pastries, and your health starts to go down, which requires you to eat croissants… even though you’re a robot and robots don’t eat food, but you know, whatever.

A couple of the levels are of moderate difficulty, but overall it’s pretty easy to do. The graphics are blocky and fairly plain, and the characters movements are sluggish and blocky-feeling as well. So visually, it’s not very impressive, but that’s not to say it’s a bad game. I wouldn’t rate it as one of the best games out there, but I did enjoy the around 45 minutes or so it took me to play through the game.

I would love to tell you more, but… well, there’s no story, the gameplay is explained in a sentence or two, and I’ve already talked about graphics and movement. There’s not much here. Currently it’s only on itch.io as a pay what you want game, but they’re thinking of putting it on Steam sometime in the near future. I’m not sure how much adults would enjoy this game too readily, but kids might like it as it’s a good, easy, baby’s first type game to me.

You may also notice a distinct lack of photos in this review, there’s a few reasons for that. The first is, the review is short. The second, there’s not much to the game cause it’s short. Lastly, the trailer listed below will show you the game better than pictures will.

Croissants was developed by Questionable Systems.

Pay what you want. 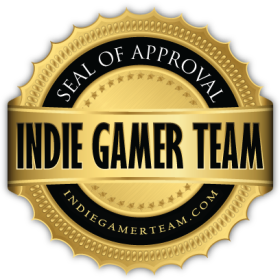 A review copy of the game was provided by one of the founders, Hugh O’Brien.