It has taken me a long time to figure out exactly how I felt about Specter of Torment. Unlike that first expansion, Specter of Torment is a complete overhaul of the Shovel Knight formula, and I don’t know if I think that it works the entire time. The combat took me a little while to get used to and a few of the shake ups really didn’t jive well with me. At times, I found myself thinking this was easily the third best of the series, other times I was loving the game so much I thought it outshined it’s brethren in nearly every possible way. Either way, one thing is for certain:

It’s still one of my favorite platformers ever made. 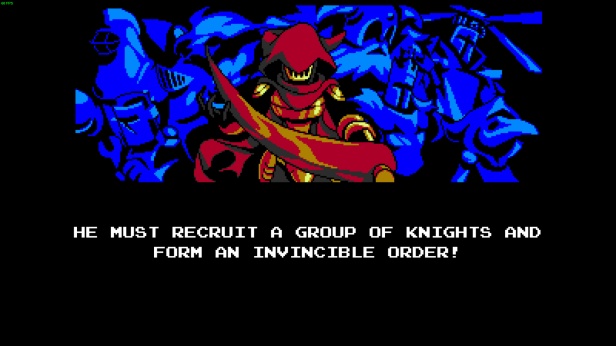 In Specter of Torment you play as the Lich Yard’s ghostly guardian Specter Knight in a prequel to the main game. As Specter Knight, you recruit the other members of the Order of No Quarter, with flashbacks showing the audience just how he became the ghastly figure we know in-game. Upon completing Specter of Torment it became clear to me that no one has ever given Yacht Club their proper due as storytellers. Particularly as interactive storytellers.

While the text of the game has some powerful moments that gives Specter Knight more depth than you would expect, the flashbacks really showcase the dev team’s abilities. In these sections, a pre-ghoulifyed Specter Knight and a friend break into the Tower of Fate looking for a powerful relic. The two men are clearly old friends, and the game uses the same core mechanics as the rest of the game to demonstrate how close they are. This is a great way of incorporating storytelling into the actual gameplay itself – something the team has been doing since the original game was released.

In the final boss for Shovel Knight-proper, you, as Shovel Knight, fight alongside your long-lost Shield Knight. This one boss fight tells you pretty much everything you need to know about the two, and not a single word is ever spoken. By doing something similar here, but in such a radically different context, the team at Yacht Club prove that that earlier moment wasn’t just them stumbling upon brilliance, but is a core aspect of their identity as storytellers. It’s exactly the kind of thing video games should be better at doing after over 30 years of existence.

Yacht Club also used this opportunity to show that they still have plenty of creativity in the gameplay department as well. Specter of Torment sees the gameplay get a total overhaul, starting with how Specter Knight plays. You can stand in place and slash his scythe, but a better option is to use his dashing slash. While in the air, after jumping or falling, a diagonal line will appear on enemies and objects in range, and by hitting the attack button Specter knight will cover the distance, either bouncing off (allowing for a follow-up attack) or carving his way through it, which grants a momentum boost that can be used to reach new areas.

In order to stop this from making the game too easy, these slashes can only move you diagonally up or down, depending on the angle you attack from. Often the angle you start from will lead to your death if you’re too hasty. Because of this, extended platforming sections felt more like playing a rhythm game than a traditional platformer. I’d have to let Specter Knight fall a ways before attacking in order to time a dash right. One of my favorite platforming challenges used this to great effect, as I had to use Specter’s other new ability, a wall run, to catch up to a single moving object before jumping off and falling in order to dash higher up on the wall. This was only one part of a much larger challenge, but the moment never ceased to entertain me.

Thankfully the levels take full advantage of the new abilities. Unlike in Plague of Shadows where you played through mostly the same levels with only slight changes, here every level receives a top to bottom redesign. You fight the same bosses (with one exception), but even these fights have been altered to accommodate the new play style, and this is where the first of my few issues come in. First off, level selection.

Unlike Shovel Knight-proper and the first expansion, there is no overworld in Specter of Torment; instead you are free to tackle the levels in any order you wish. That isn’t bad per-say, but I felt it made the game feel smaller as a whole. You don’t get to see how the townspeople react to Specter Knight like in Plague of Shadows and the wandering adventurers aren’t really a thing here either. Although, to the games credit, this is subverted in a really funny way about half way through. 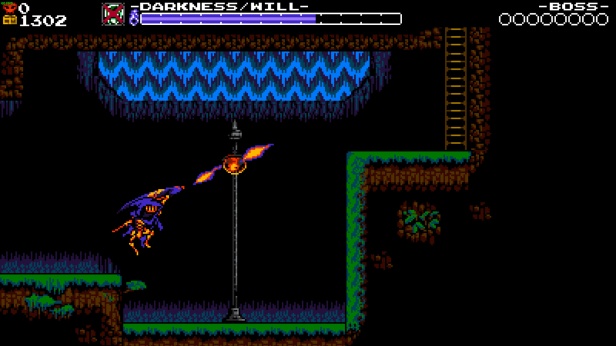 This affects the upgrades as well. Where as in the original game (and in Plague of Shadows), there were these small side dungeons that required a particular power in order to reap the reward. In Specter of Torment that’s not really a thing. When you buy a new ability, you are taken to a short tutorial level where that ability is your only attack or defense option. It’s particularly sad considering that the upgrades here are the best the series has offered up thus far. I did find myself defaulting to a few core abilities, though none of the other abilities felt useless. Regardless, I still miss the sense of scale the world map gave to the adventure. Now it’s just you, your base, and the levels.

The levels themselves are expertly crafted, but I had forgotten how hard this game was. As I think back, it’s not any worse than the precedent Shovel Knight set back in 2014. You will die often, and lose a shitload of cash, just like before. Boss fights are another matter entirely.

Even with the redesigns, I felt most of the bosses were too easy once I found a way to catch them in an endless dash loop, but at least two of them irritated the fuck out of me. Both Propeller Knight and Tinker Knight incorporate auto scrolling into the boss fight, and both times it pissed me off. Most of my deaths from these two bosses came when a cheap hit sent me to exactly the right place for the auto scroll to kill me instantly. The auto scroll sections in each of the three games aren’t exactly my favorites, so their inclusion in the boss fights really drags the experience down.

While we’re talking about changes that didn’t always work, I’ve got to bring up the music. Most of the songs just sound like remixes of the original songs. I’m not exactly raging at the heavens over the changes, but the original soundtrack was damn near perfect, so why bother changing it to begin with? And for the first half of the game, that was my only real criticism of Specter of Torment. Let that sink in. For most of the game my only major criticism was “I didn’t like the music as much”.

So, is Specter of Torment worth playing? Hell. Yes. I say, Lay it on the Line and let the game Rock you to Hell. We all know it’s only a Matter of Time before you cave in anyways, and once you do you’re Never Coming Back. Hell, I think I Want More, so I’ll See You in Hell or When Heaven Comes Down. Till next time everyone. (Editor’s Note: Note to self, sneak yoga music into Will’s next review…)

Price: $24.99 for the main game, expansions are free; 3 fully featured and awesome games for under $30. It’s pretty much The Orange Box of platformers.

A Review Copy of Specter of Torment was provided by Yacht Club Games. 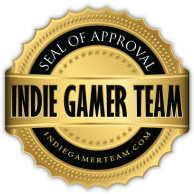