I specifically requested Super Tennis Blast for review. That is something I feel I must mention, because honestly, it says a lot about the bias and hopes I felt when looking into the game. There was something about the game that attracted me as I felt the bubbly feeling in my chest that I rarely felt anymore. Bubbly, ticklish, and like a weight had been lifted, some would associate that with love, others with a satisfying victory, but I knew that not to be it. I’m too jaded and cynical to ever love someone, and I’m too lazy to actively engage in anything but Twitter beat-downs. Instead, it was something else; excitement.

Such excitement for a tennis game might seem odd, at least for me. Those who read my work at IGT might have noticed a formula with my reviews, where I typically explain my history with a particular game genre, claim knowledge of classics of that genre, then move on to the review to compare it, and expand on points it does well. That formula presents a dilemma in that if there’s not much making a game stand out, my words can only be limited, and the experience badly described. After all, how can you review something that does its job well, and not much more? How, I ask, do you review a Tennis game?

Luckily, Super Tennis Blast gives me plenty to talk about, it lives up to all expectations I had and manages to surpass them to such a degree, I actually had trouble pulling myself away from it to write this review. Ask our editors, there were days where I played 4 or 5 hours a day of Super Tennis Blast in lieu of my responsibilities or interactions. What the developer, Unfinished Pixel, managed to craft is a fun, amazing, time-waster of a game that oozes and seeps with lovability.

Super Tennis Blast uses a 5-button plus d-pad control scheme, or, in my case WASD. It does the same thing a lot of arcadey tennis games do where each button functions as a sort of volley or swing. Using them effectively one can either slow the ball down, slam it with blinding speeds across the field, try to hit it high, curve it, or mix all of those up in order to get a leg up over your opponent. Controls are simple, but they still manage to provide close to perfect control where the ball lands. By clicking the direction keys, or WASD in my case, after setting up to launch a shot one can control how far ahead or to the side the ball goes. Though I got many outs, I never felt like they were the game’s fault, but rather entirely my own.

The graphics are colorful, silly, and they accurately represent the feel of the game of Tennis. Different types of courts, depending on the region, have different types of graphics to them. I must admit to being particularly pleased with the light pink of one of the options. Speaking of graphics, this game has one of the most robust customization options I’ve ever seen in a game. I could create any monstrosity I desired, named it, and naturalised it however I wanted. There were even much forgotten country flags here. Hundreds of them, such that I opened my atlas to try and recognise them all. Quite frankly though, that is a lie, I just Googled it, though “red flag with cross but not switherland” wields mixed results.

In the end though, I did not spend much time customizing my character despite the fact I had planned to, as a joke for the review. The game waited me out, and so I played, to the detraction of my health, I played.

So with the Portuguese pre-made character (with a not so Portuguese name) I entered my world tour. While the sight of points to distribute sent cold shivers down my spine (the reason I never even got out of the beginning of a Fallout Game), I pressed on. To go from rank 200 to 0 seemed like an impossible task or at the very least arduous. Gathering ranks, points for the general classification… I would be playing Tennis for hours. And I did.

While I could make up stories that played in my head, or describe how many podcasts I heard in the background, I will refrain from doing that. If one is looking for a time sink, then Super Tennis Blast is the perfect one. I confess I turned off the sound, the same repetitive songs and crowd noises (though a very satisfying thunk when hitting the ball) bothered me. Instead I listened to audiobooks, podcasts, and music while playing. It was what Euro Truck Simulator 2 had become for many people, therapy.

I don’t claim that playing a couple tournaments, with hundreds of games in between them, has had any miraculous and beneficial quality of mental health care effect. That would be irresponsible. What I can claim is that it distracted me from much, allowing, over a period of hours, to see my pre-selected Portuguese character improve, as I wished to improve, inspired me. With every more precise swing, or bettered speed and power shot, I increased my chances, my attempts at being the very best.

Super Tennis Blast is versatile enough that one can play it for the crazy fun box modes, and still get enough out of it to warrant a purchase. Minigames that both train and entertain, modes where the randomest, most fun stuff happens. But, I confess, I checked them out for little more than five minutes. When it came down to it, I just played Tennis, pure, simple, no frills, tennis. Games, Sets, and Matches. Sometimes for hours at a time.

Super Tennis Blast is not only a good tennis game, which I think can be compared and put side-to-side with the best, as wacky as they can be. It is a game that brings me back to those times where I was a kid with a Dreamcast and Virtua Tennis would find its way into my Dreamcast more than any other game. It’s a game which pushes me to a more recent past, where I tried the Wii for the first time at a friend’s house, and Wii Sport’s version of Mario Tennis was repeated ad infinitum. It reminds me of televised events and online discussions, of admiring Tennists with a male (or female) gaze, and drooling over their equipment.

Super Tennis Blast is something I cannot recommend enough. Tennis games are somewhat of a safe choice for me in that they’re one of the first things I pick up when I get a new console. I’ve played a dozen or more Tennis games, from the obvious to the obscure. Super Tennis Blast is not just, “probably the closest to a real tennis game we have on pc,” my original motivation for picking it, it’s also a damn fine game in its own right. Definitively a blast.

It is available on Steam, Playstation 4, Nintendo Switch, and Xbox One

$14.99 was something I wish I had for every game, set and match played. 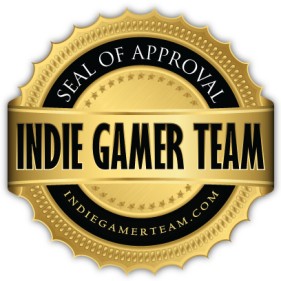