The game du jour is called Extreme Tactical Executioners and, not to throw shade, but that has to be one of the silliest titles I’ve seen in a long while. But hey, we aren’t judging this game only by its cover, this one happens to be homely both on the inside and the outside. Anyways, jumping a bit ahead, there are a lot of things that bothered me about today’s game. I’ll try to give it a fair shake, but I do think these complaints will be universal. There are times where the biases of a given reviewer may lead to criticism that sometimes needs to be taken with a grain of salt. This is a VR game that so happens to have a Non-VR mode for we plebs without a thousand dollars to flush down the drain, err I mean the latest tech. But with all seriousness, I do think virtual reality will have a place in the future. Titles like Trover Saves the Universe by one of the creators of Rick and Morty, shows promise in regards to engaging the player and giving them gut-punching laugh after laugh. For me, personally, a game should either be specifically designed for VR in mind, or the concept should be completely enjoyable without the headset, but enhanced with it, and today’s title feels a bit lacking in the latter department. The sad part is, I think I would like this game in concept if it were fleshed out a bit more, the learning curve smoothed out, and level design tweaked. As for its current state, the game honestly feels like a glorified tech demo, and certainly isn’t worth any asking price in my humble opinion.

Extreme Tactical Executioners is a hordes of enemies tower defense game… or so I thought. The tutorial was so poor, it took me several deaths to realize that the “structures” surrounding my starting point were indeed destructible. I figured they were friendly buildings I was protecting from the hordes of enemies but, in fact, YOU are the invader. You are slowly moving into an enemy territory and gunning down all their resource buildings and bases. Every time you do so, you claim your own little bubble that acts as a pseudo checkpoint to restore ammo. The game is a roguelike, sort of? I really can’t tell what aspects are procedurally generated, because you always start with the same weapons at level 1. As you kill enemies, you gain experience which, upon level up, will fully restore your HP with a little extra max hp, along with ammo. You really need to scavenge the dead zombie carcasses you leave behind you to survive. I do like this aspect of slowly breaking down the enemies’ defenses and planning out your routes throughout the labyrinthine map. 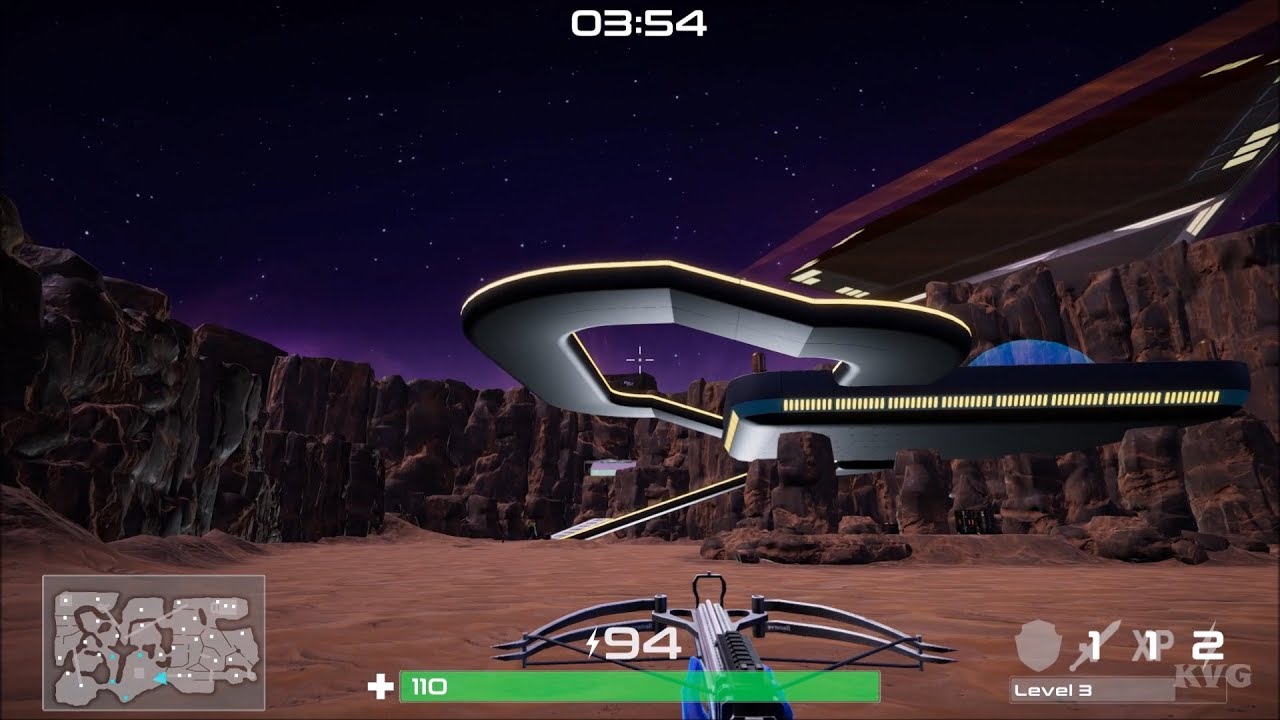 However, the enemy design is a bit janky to me. It’s very difficult to actually react to enemy shots, and the minimap that the game provides does absolutely jack all. It doesn’t update at all with local enemies surrounding you, and doesn’t show any waypoints or direction. Back to the enemies. They all look the same starting off with slightly different color palettes. I did start to see more enemy types, like the powerful tank, but it left me wanting more. Plus, why the hell are there zombies and tanks and… ugh my brain hurts [EDITOR’S Note: Watch Dead Snow 1 and 2 to get your answer for this]. I think that’s a common theme here. There’s a lot going on, and it’s really hard to keep track of everything. I know games are infamous for handholding and whatnot, but this is not how you design to counteract that. The player should, at the bare minimum, know their objective, sidegoals, lose conditions, all these things from the get-go. The game has this arcade feeling (you know, where they throw you into the game and you keep coughing up quarters just trying to inch your way towards progress)? The game also mentions being able to carry 2 weapons, but I never found a method of switching guns. I’m frankly very disappointed at their (very likely) non-existent quality assurance. Surely, the developers must have had playtesters to give feedback. This feels more like a developer build of the game for testing the coding. 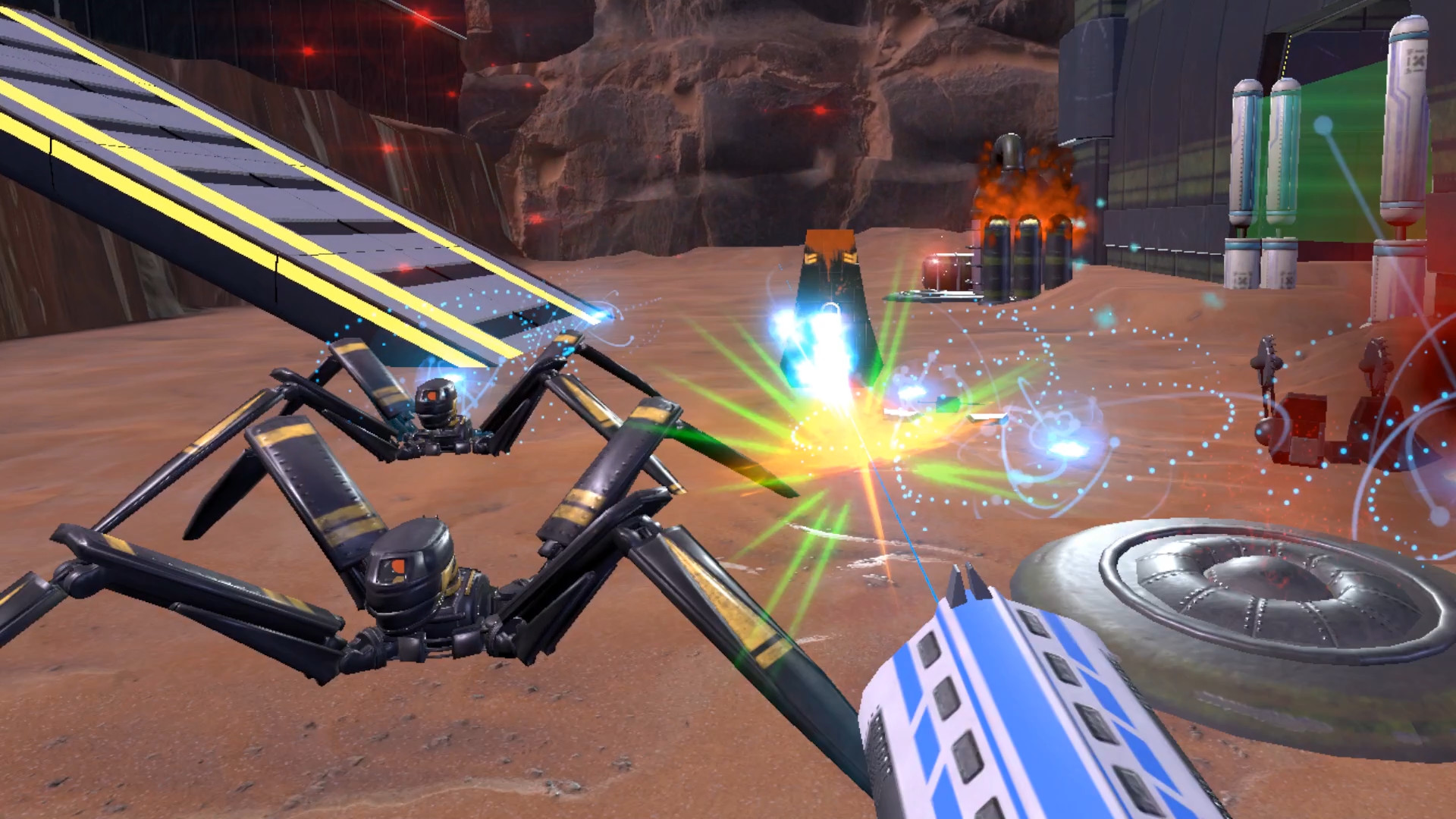 In conclusion, I think Extreme Tactical Executioners is a game that really needs a few more months in the oven before it can become something worth its salt. The project feels extremely rushed, and I am unfortunately unable to evaluate the VR aesthetic, but I’m sure the problems will have to be shared with or without it. It’s a shame because I don’t recall a game that featured gameplay like this. Obviously horde modes exist in First Person Shooters/Third Person Shooters, but not without you defending yourself. I love the offensive approach to the design, but the execution is very lacking. I hope the developers don’t get discouraged if they read this review; I think there is potential, but there are many features that I pointed out (if not more) that need addressing.