A Winter’s Daydream is a kinetic visual novel, which means it has no choices, it’s just a book. If you don’t want to read, don’t get this. *shrugs* It’s not fucking rocket science, but some people seem to be confused and are upset that there’s no real player interaction in a NOVEL. But hey, you know, stupidity, it’s a thing. I hope you can feel the annoyance that I’m typing with for that previous set of statements.

This is, again, a novel, so you don’t play as anyone; however, the focus of the story is on a young college student named Yuu. He’s left Tokyo to come back to the country to visit his family for New Years. The story is obviously based in Japan, and that’s kind of a big thing over there. Lots of families get together and visit shrines on New Years. That’s why he’s coming back, he shows up a few days before it, and the story continues until New Years’ night when he and his family head out.

Within this overarching concept of visiting family, some of which is estranged, is a story of repairing relationships, and an extremely prevalent and bittersweet concept of dealing with memories and time. By time, I don’t mean like time travel, but instead in the concept of time passing you by, time… ending, the transience of the world, of all the things you know and care about. The story deals a lot about that through a couple different ways, sometimes very bluntly and other times in a more subtle nod that’s still fairly obvious, but not like being clubbed in the head, instead just knifed in the gut by a passing stranger, unknown. I come up with weird analogies, I apologize; it is what it is.

I don’t have much to say about this game, it takes a few hours to finish it, it’s just reading. I gave you the premise of the story, whose eyes it’s through, the time period and location… there’s not much more to say that doesn’t ruin the story which, let me just point out, is fucking amazing and had me crying through like half of it. Also I don’t pretty cry, I ugly as fuck cry, like snot rolling down my face, blowing my nose dozens of times, having to wash my face off every like four or so minutes. Real, seriously hardcore, disgusting, crying. This game made me do that in spades for literally over a fucking hour. Misery, thy name is ugly crying because of a wholly depressing game that is fabulous.

Okay it’s going to be personal Aki story time, stuff you guys don’t know about me, probably don’t care to know either, but it is what it is, so strap in for a few minutes. Now, most of my ugly crying came from the fact that this deals with the elders of our lives and how time is ticking away from them towards the inevitable. I’m currently in my thirties; my grandparents are still alive (my family had kids young in both my mom and grandma’s generations). I am legally blind, which is something you might know if you’ve read my profile on here or my Twitter stuff as I mention it on occasion. Because of my blindness, I was sent to a very good government funded school for the blind as a child. It was three and a half hours away. Because of this, I was a residential student, which means I lived at the school. I went there from second grade til seventh grade. That was, well, nearly all of my formative years. I was there from Sunday midday on the bus until Friday late night getting off the bus back home. 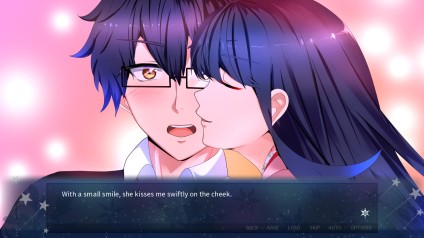 Most of my weekends were spent with my grandparents, my mother’s parents. Summers were spent at a different set of grandparents, of which I had three. For a long time I didn’t even know that wasn’t normal, as an older teenager, I realized that my father’s family split up and that’s why I had three sets of grandparents, and pathetically, it took me until one of my father’s parents split up again, until that point I didn’t even think about it. I was around seventeen at the time, and never once really stopped to think about why I had three sets. I… for all my intellect, for all the knowledge I filled my mental coffers with, I was not, and still am not, particularly bright, I’m a dumbass.

And I mention this for a simple reason. Thanks to spending almost the entirety of my formative years with my mother’s parents, particularly my grandmother, I’m quite close to her, more so than even my mother, and I’m all sorts of a mama’s girl, the exact opposite of Cathy (IndieGamerChick over on Twitter). Granted, I also don’t have a dad so I can’t really be a daddy’s girl, but still, the point remains, I’m more a granny’s girl than anything and I don’t think that’s even a fucking saying. Because of that, and because of my own weird concept of mortality, I was very emotionally invested in the bittersweet part of this, cause it hurt.

I’ve been expecting to die ever since I was a child. As soon as I get close to the life expectancy of someone with my disease, the life expectancy increases thanks in no small part due to just quality of life improvements but also due to technological advances in the country. I’ve reached that life limit a number of times… That does something to a person, to expect to die any day only to have that limit ripped out from under you and put further out. You can be happy when that happens with a, “Oh yay, I lived now I can live longer.” However, there’s another side to that coin, “Oh yay I now see my next fucking expiration date, and I’m forever drawing closer to it until I keel over and fucking die.” As such my own mortality doesn’t… well it’s not that important to me. To me, I lived a good life before I reached my twenties, cause I wasn’t supposed to live that long, my limit is now almost fifty, but that goal post has been moved around half a dozen times since I’ve been born. My life, I’m fine with it ending any time it ends. It might bother a few people, but not many.

However, ironically and conversely, since I’ve been expecting to die so many times before I got as old as I am now, I’ve never been able to come to grips with, and still am actively not okay with, the concept of living longer than my grandparents. Sometimes I think about how my life would change if I’m still alive when they pass, and those thoughts don’t go far cause I can’t handle the concept of it, it hurts too much. My grandparents are up there in years, neither of them are particularly healthy, and haven’t been since before I was even born I believe. They’re falling apart, grandpa has some of his spine fused due to his weight damaging it, he’s partially colorblind, he has bad knees, just head to deal with prostate cancer, and just had it finished being dealt with in early October even. Grandma has bad knees, bad shoulders, she had to have her ankle torn open and her Achilles tendon cut to get rid of bone spurs, and then the wound got infected cause the US medical system is fucking garbage. Just earlier in December, maybe late November, she slipped some sort of disc in her jaw so she can’t open it, and has been stuck on liquid foods because it requires surgery and, again, guess what? The US medical system is still fucking garbage. They’re both falling apart; age is taking a toll on them.

Thanks to all that shit I just spouted, that God knows none of you gave a shit about, the way they deal with the elders in this game, the things Yuu and his grandmother talk and think about, it really hurt. I understood, and it all made sense, but it still hurt. It deals with them in fantastic ways, I don’t know if I’d call it therapeutic or not, cause I still can’t deal with it myself, but it’s good.

After you finish the story you unlock an extras menu that has a few features in it. There’s a gallery, which is normal for visual novels, however this one oddly doesn’t provide you with all of the pictures. It also gives access to the different musical tracks, which are all very nice. Lastly in the extras, is a note from the developer ebi-hime, talking about how she came up with the concept of the game, which, I’ll admit, amused me. It’s a very long note, but part of it was that she was looking up visual novels for ideas for her own work, she came across ‘grandmother/grandson incest’ subcategory and joked about making a visual novel based on the amusement and novelty of that subcategory, only for it to actually happen. Please note, that this game is not about incest, just… a surprisingly large amount of visual novels happen to have that in it. 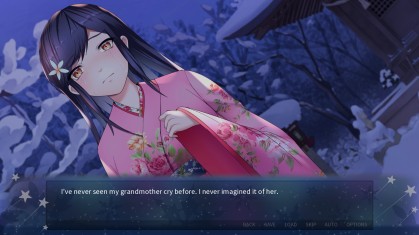 I’ve read a couple reviews that motioned that the story was boring. I can’t agree or disagree with that notion; this story is what is referred to as a “slice of life”. It has some slight fantastical stuff about it, but ‘slice of life’ is about a normal period of time for a normal person. This isn’t some high fantasy or science fiction setting; this is just a standard young man visiting his family for the holidays. While I can’t exactly call just a normal set of days in a normal person’s life all that incredibly exciting, I wouldn’t call it boring either. I enjoy ‘slice of life’, granted it’s not one of them I like a great deal, but it’s good to have every now and then cause it’s typically cute or poignant.

This game’s story is poignant, as it deals with serious stuff, important stuff. It’s not for kids obviously, due to what it deals with and how it deals with it, but it’s good for mid-aged teens and older as they should be plenty old enough to understand the subject matter. The art is really good and the music is great for the scenes as well. There were a couple situations where text went past the allotted space making it harder to read and even in one instance impossible to read. But again, this happened less than five times throughout the whole three to four hour story. There was also one time when text repeated itself. Beyond those two issues, there was nothing wrong with the game. It was fantastic, even if, for me, it was very emotional. And this has nothing to do with any bias I might have from owning like seventy percent or so of her other visual novels, I promise. I haven’t even played any of them yet.

A Winter’s Daydream was developed by ebi-hime 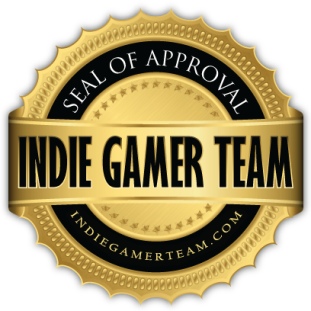