7th Sector is a puzzle game where you play as a… a… ummm… Soul? Spark? Energy? I… have no idea exactly, but you’re this little blue thing that runs through electrical lines until you jump into robots, and then until you’re not a blue thing anymore. Most of the game is fairly laid back, there are a few hard, timed areas, sometimes some even ‘battles’ for lack of a better word. You can die sometimes, most of the game you can’t though.

Most of the game is you jumping from electrical line to electrical line and the puzzles are about getting to the next line, or to get machines like elevators to work so you can move around. When you get into robots the puzzles become getting around the level in various ways based on what kind of robot you’re in. There’s a ball, a hover-bot, and a four-limbed walker robot. Some of the puzzles are just figuring out how to get through an area without being killed for the fiftieth fucking time. You will die and you will get angry about it a few times. Two specific times are when you’re in the hover-bot, and the other is in the last level where you’re not a blue thing anymore.

Hover-bot chunk has other bots that are similar to the flying saw robots in Half-Life series, the rippers I think they were called. Anyways, those things can kill your bot and you’re running from them unable to damage them and you will die, fucking a lot, and it sucks ass. The other one you have to hide from this giant bot by hiding in lockers, but it checks the lockers at random and you have a sizable puzzle to figure out. That in and of itself isn’t necessarily bad, however, if you’re found near the end of this puzzle, you have to do it from the start again. This puzzle can take ten or more minutes to finish based on where the robot is and how it moves cause it moves at random too.

Other than that, there is a problem with the game, sometimes you can close things in the level, often to stop bad things and trap them behind what you closed. The issue is if you die after closing the item and the respawn point is in the areas before you closed the item, you respawn back there, obviously, but the item stays closed. You might not be seeing the issue yet, but here’s the rest, the enemy/enemies that you trapped behind the thing, well, they respawn too, but now you can’t trap them cause it’s already closed. This makes the section much harder and there’s no fix unless you want to start the whole level all over again, which sucks. 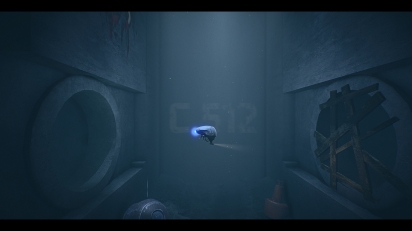 Other than that though, the rest of the game is fantastic. The visuals are fantastic, the audio is pretty damn good, and the gameplay is simple and I love it. On the Xbox anyways, you use the left analogue stick to move, A to jump from wire to wire, to activate robot powers, or to interact with items, X to move faster, and when you’re in screens you can use RT to crouch. That’s it, that’s all the buttons, and RT is rarely used. X sadly isn’t one you can just keep using the entire game, I would have liked that, but it runs out of power and takes time to recharge which sucks. But it’s super simple and easy to play, which really helps the gameplay as the focus becomes just figuring out the puzzles. Most of the puzzles aren’t too hard, but you’ll run across a few that’ll stump you for a while because the game doesn’t hold your hand, at all.

Overall the game was really, really fun. I had a couple issues but they were rare, granted when they existed they annoyed the ever living fuck out of me, but again they were rare so that’s fine. The rest of the game was fantastic. I would have liked an English translation for all of the emails you access in the game cause I’m sure they have some story stuff, but that was really it. It’s a cute, simple, little, dystopian-as-fuck, puzzle game. 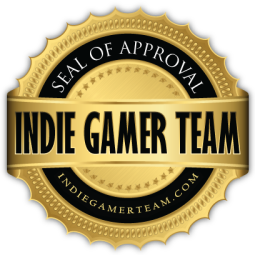 A review copy of the game was provided by the publisher Sometimes You.