Observation is a first person… ummm… hmmmm… uhhh… adventure, puzzle, action game? Whatever, you play as SAM, a space station virtual intelligence (VI, like an AI but not sentient), aboard the scientific station, Observation. Some sort of catastrophe has occurred and SAM has lost almost all control over the ship and most of its own memory banks. A scientist named Dr. Emma Fisher reinitializes you after the catastrophe. She needs your help to get access to the rest of the ship to find the other scientists as well as to solve the numerous issues around the ship in order to keep her and the rest of the scientists alive.

This game has a fairly slow burning, but very gripping, story. You know things Emma doesn’t as you regain systems and find fragments of old data, which gives the player backstory and acts as collectables to find and, ummm, collect. The story lasts about 6-8 hours on your first playthrough, and you only need one to finish the game completely. There’s no real replay value, though there are two missable achievements in it being the collectables as some become impossible to obtain later on, and there’s one other one but I’m not going to tell you what you do with it. The story does have some serious twists in it that I didn’t see coming though, which were really cool. 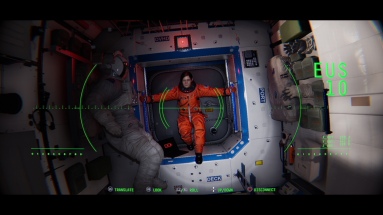 The graphics are absolutely gorgeous, I played it on the lowest settings just cause that’s what I tend to do on the PC in general, and even at those settings it was stunning to look at. Sadly though… well… the game is inside and right outside a space station. I don’t know if you know this, but that stuff is made for functionality not beauty. However, Emma is cute, and she’s around the station without a helmet on, most of the time anyways. Another impressive thing about the graphics, and when she talks, she TALKS. You can look at her, her lips move in time, her whole jaw moves, her face contorts in line with what she’s saying which makes her feel more real. And this wasn’t just in cutscenes but during the whole game. It was really cool to see that since usually characters don’t look all that real when they talk.

The game’s playstyle is mostly moving through cameras on the ship to download data and open hatches, or move around as a floating sphere doing very much the same. I know that doesn’t sound interesting, it sounds outright boring, but the atmosphere is fantastic, it’s like you’re playing a reverse HAL, but instead of killing the crew you’re doing what you can to aid and save them. So yeah, the gameplay isn’t all that amazing, there are some easy puzzles, but not a great deal many. However, the story is what’s there to keep you in.

I wanted to play the game simply because the concept seemed interesting, but the game is amazing and I can’t recommend it enough. I only had two issues with the game. The first was sometimes upon loading the game its visuals froze up in cutscenes leaving you with a static image until the next part of the cutscene started, and the other one is the saving style is, honestly, kinda shit. It saves after you grab collectables, but only saves the collectables not the progress in the game. There are no manual saves, and it doesn’t autosave readily, it saves only at checkpoints. I know where a few of those checkpoints are, but most of them I don’t. So quitting the game might mean you lose 10-15 minutes worth of work which is a constant annoyance. I didn’t really have that issue myself as I played it straight through. I had to close out a couple times and lost some time in it, but overall I just played it from start to finish in a sitting. If you can only play for a small amount of time each day this is going to be a problem.

Overall, I’m all for this game, I really enjoyed myself, I love the story. The main characters, being SAM and Emma, were really interesting and their interactions were cool, mostly Emma’s reactions to SAM as she starts to Wilson the VI. Everything was great about it and it only has a couple minor issues that are really not much of an issue. I wholeheartedly recommend buying this up and playing it, provided you can deal with a slow paced game.

Observation was developed by No Code.

Point of Sale: X1, PS4, Steam, or if you absolutely must, the Epic Game Store. 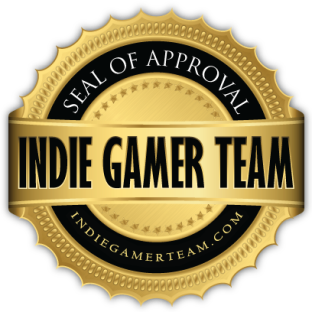 A review copy of the game was provided by the publisher Devolver Digital.