This one’s going to be a super short review. Hypergalactic Psychic Table Tennis 3000 (HPTT3000) as a name sets the tone for what you’re getting yourself into. A game that doesn’t take itself seriously at all and PONG. So yeah, this is PONG with a few extra steps. The extra steps culminate into an RPG of sorts, but I’ll get back into that in a bit. The game starts off with a lot of potential: you start unlocking things like the ability to move freely in 2d space as opposed to up and down. You unlock new gameplay elements like costumes, RPG stats, etc. My favorite part was slowly mastering spells as they came by, which helped make HPTT3000 feel unique in its presentation. Nonetheless, with the exception of romance minigames, I’ll explain (I know, I know), there wasn’t enough parody storylines or mechanics to make the game last past its initial gimmick. The silly, overacted, voice acting might keep you entertained as well, but doesn’t go beyond a few one-liners. After about halfway through the game, I would say you experienced the bulk of it. At a certain point, the game starts to feel like an idle game for better or for worse. Your stats and spells become too powerful, so much so that it gets to the point of trivializing the game. I really enjoy the presentation and early game of HPTT, but there aren’t enough changes to the formula to maintain your interest curve.

Levels consist of enemies with varying shapes, a health bar at the top, and a score that counts to three. First to three points in a game of PONG wins. Losing is inconsequential; it just boots you back to the menu to start again, which I didn’t mind too much. For the player, there’s a few added UI components: a health bar, mana, and a list of spells (all are locked at the beginning). From there, any time the player or enemy loses all its HP, it gets destroyed and is incapable of defending its goal. Afterwards, the player is sent to a level up screen to unlock a perk that lasts for the rest of the game (faster movement, more hp/mana, bigger size paddle, and some unlockables). This rudimentary gameplay loop is surprisingly addicting, reminding me of something like One Finger Death Punch in terms of quick arcade action. Level layouts become slightly more varied over time. Some enemies will take up the bulk of the screen and force you to destroy them with spells, others have some bonus obstacles. I particularly enjoyed messing around with portals that can enable some tricky shots and manipulation.

I don’t want to spoil much more of the game, but there is a quirky aspect I can touch on: romancing. There is a boss every five levels, and occasionally during the fight, a menu, similar to Shin Megami Tensei, of dialogue options appears. This mechanic is mainly for completionist’s sake, with 40 bosses in total. In game, there’s simply an icon on screen for annoyed or romanced depending on success or failure. Most of the successful dialogue trees are contingent on having a high enough stat in whatever they mention. For example, there was a very large enemy that wanted me to be a certain sized paddle to fall in love. I really liked this sort of gameplay just from the wacky, quirky fun. The thing is, I expected there to be more fourth wall breaks, jokes, story elements, new maps, anything really. The game feels a bit incomplete or padded out. Most of the fun of the game can be enjoyed in a few play sessions. 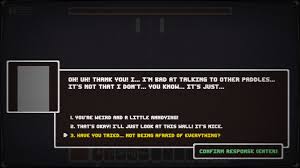 Ultimately, I think Hypergalactic Psychic Table Tennis 3000 is a bit of a hard-sell, but at $2 it is reasonable. Without any other game modes or multiplayer, there isn’t enough content to keep players engaged. It’s a shame because I really enjoyed the first bits of the game, but I kept hoping for more surprises. Try the demo out and see what you think, just be warned that the game doesn’t evolve drastically past it. I think a low price point can help make it an easier purchase, but this is definitely a niche but very accessible title. 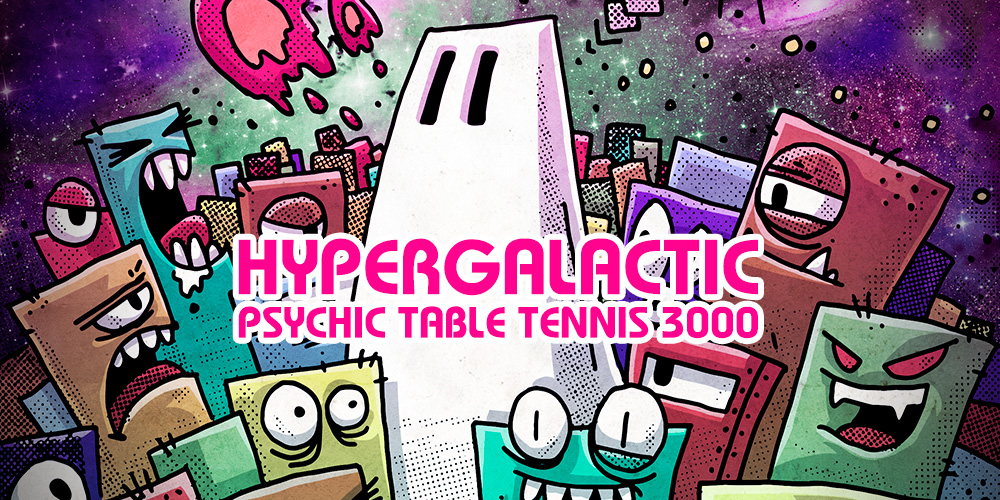 Reviewer received a review copy from the developers.

Hellfirebam has very regrettably chosen not to award Hypergalactic Psychic Table Tennis 3000 the Indie Gamer Seal of Approval. No sarcasm: I think it’s almost there.